The app economy is booming. Recently Apple stated that their customers are downloading more than 800 apps per second at a rate of over two billion apps per month from the App Store. This is an indication of just how massive a market now exists for their apps, and the rate of downloads from the Play.Google App Store is even higher. In short, in the last two years, the app market has exploded and the app habit has spread to Android, Blackberry, Microsoft Mobile and every other mobile market under the sun.

That means that there has never been a better time to create an app! 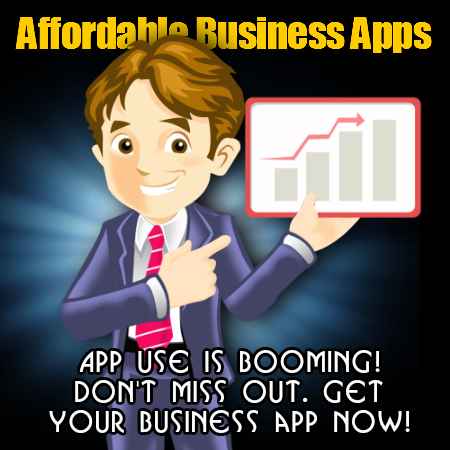 The first techie aspect to learn is that there are different platforms app developers use. App developers use a number of different coding methods such as CSS and JavaScript to build browser and hybrid apps, but don’t be bamboozled by such talk. In the end the app coding expert will decide upon and use the relevant language tools, so if you are an app promoter with little or no coding skills, you can simply tell your app programmer to use the most appropriate coding tools, as fits the app being created.

iOS which is the operating system and coding language used for all Apple apps. It isn’t the most commonly used despite the huge number of apple mobile systems which are in use. Instead, HTML5 is the most popular platform after Android to develop for, according to a survey of more than 6,000 developers by the analyst house VisionMobile. Apple’s iOS platform, used on the iPhone and iPad, seems to be the third most popular Operating System among mobile app developers.

Hybrid apps are popular, and apps given this description are those rendered inside a web view and are based upon web pages, with a native software wrapper which allows them to control features of the smartphone’s hardware and as they are to all purposes indistinguishable from any other app, they are be distributed through the various app stores.

If you have an idea for an app, but little or no idea how to program one you don’t need to know any more than that these programming languages exist. That’s because it is simple to find and engage a professional app developer.

Having an app for your business or promotion provides the owner with a potentially game-changing marketing tool to drive traffic to their own site, and generate and revenue. At the highest development cost end of the app market, you see Angry Birds making $50M off a relatively simple game.

A lot of business owners won’t even mention the ideas they’ve had for apps, because the average person thinks it’s going to be far too expensive to build an app for their business, and they have no idea where to even start. But, the truth is that people who put out basic free apps can still get thousands of downloads, and once set up these apps provide free advertising and leads and/ or income for doing nothing.

How To Develop An App

To be successful in app development you should set out to build mobile apps which are useful, interesting and entertaining. This is by far the best way of ensuring that your app finds its way onto the customers’ smartphones and into their pockets, where it belongs.

Once you had selected a topic for an app, write a specification listing all the requirements for the app, outlining all the features of the app you wish to buy.

Then post your iPhone application development project on a freelancer website such as oDesk, which is said to be the world’s largest online workplace. Get comparative prices etc, from local contractors from the hire freelance mobile app developers to develop the portable Android and iPhone applications for you. Apps can be can be ported, from being Android applications and games into the App Store, to become iOS systems and iOS games which run smoothly on both the iPhone and iPad.

Do you have an app idea or need an app built for your business? Then the publications below will help you get started:

Or, alternatively we offer to build your business app for you. Yes, we are IPPTS Associates and we operate this blog and we are ALSO App Developers. Visit our App Development Website:

app developers, How To Develop An App

Hemp Hearts – The New Trending Health Food
So How The Oscar Became The Oscar?