By Alexandra Hemming on March 12, 2011 in education 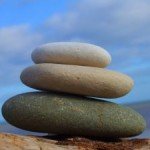 The scenes from the Christchurch earthquake in New Zealand, and now Japan are really frightening for viewers of the News. This weekend the footage in particular of houses being crushed and boats pushing their way inland from the tsunami are some of the most graphic ever recorded and shown by the media. But, just imagine if you were caught up in these events how traumatic this would be.

“PTSD can affect anyone who has witnessed or gone through a traumatic experience.”

Natural disasters, terrorist incidents, any type of serious accident, and physical, sexual, and verbal abuse as a child or in adulthood can all lead to PTSD.

PTSD can occur at any age and is not just associated with war veterans. Through extensive research it has been found that a wide variety of people who were exposed to potentially life threatening situations could experience PTSD.

It is recognised now that it can even follow a domestic disasters such as a flood or fire, or events such as war, a prison stay, assault, domestic abuse, or rape. The terrorist attacks of September 11, 2001, in the United States would no doubt have caused PTSD in some people who were involved, in people who saw the disaster, and in people who lost relatives and friends.

With the issues of returning veterans from Iraq being highlighted in the news, the effects of their war experiences on their personal lives cannot be ignored. Soldiers who have forever been psychologically affected by combat are now returning to their partners.

PTSD is marked by a person having later experiences of persistent and disturbing events in their mind, in which the victim re-experiences the trauma, such as nightmares and flashbacks. In those suffering from severe cases, the process may begin with imaginary confrontations and progress into real-life encounters. These events are accompanied by other symptoms like difficulty falling asleep, persistent anger, increased sensitivity to and perception of threats, and problems with social relationships.

PTSD takes different forms in people and can be either acute or chronic. There is an acute phase which occurs directly after the trauma, while a chronic phase can come along much later and persist. However, the good news is that the acute phase, is said to be treatable and curable.

PTSD was largely ignored for decades. However, after much research, study, and suffering on the part of war veterans it began to be recognized as a legitimate condition.  It can affect general health too, and sufferers are more likely to have more physical health complaints and disorders than normal. They are much more likely to exhibit functional difficulties in employment, plus experience problems in social and family relationships, memory and cognition.

Medication can be helpful. With appropriate treatment and support people with PTSD are able to escape from the flashback type experiences which recur, and get on with their lives. Doctors usually prescribe antidepressants that help decrease the physical symptoms associated with illness.

Critics say that can lead therapists to falsely conclude that the symptoms were caused by the trauma. Of course, it could be that the trauma simply accentuated an underlying psychological condition such as depression or anxiety.