By Alexandra Hemming on February 22, 2011 in media 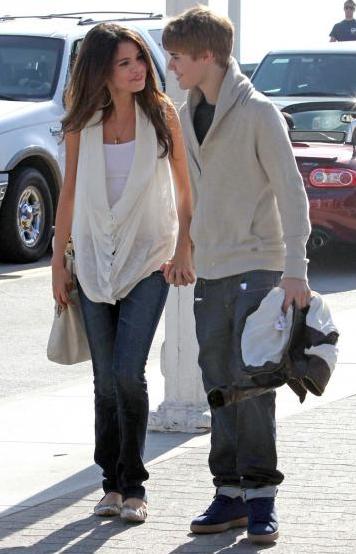 Can a haircut really be that bad? Reports on a number of Justin’s fan blogs are suggesting that he has lost about 80,000 fans, all apparently due to disapproval of his new haircut style. He has been slated by many of his young teen fans for cutting off his locks, and for girls in the early teens, that makes a big difference.

However, one haircut isn’t going to alter the fact that Justin Bieber is the current king of teen dreams in many nations of the world. Huge numbers of girls around the age of twelve want to know minute by minute where he is and who he's dating.

When you are a teen idol as Bieber is, and have received much acclaim from fans, and the music industry alike, you are bound to attract criticism and controversy in matters concerning image and and popularity.

He started with amateur videos of his singing, on YouTube in 2007, putting his unique spin on songs from artists such as Usher, Ne-Yo, and Stevie Wonder. Justin saw increasing success until he came to the notice of recording companies in 2009 when he clocked over 10,000,000 views on his own

The song which has possibly made him most famous is ” Somebody to Love “, which was released in April 2010. The single climaxed at number ten in Canada, fifteen in the United States, and was in the top twenty in most countries internationally.

It's hard to imagine Justin Bieber without his entourage of screaming fans which are a fixture whenever he makes a public appearance.

At one point Police in New York threatened to arrest the singer who was then old 15. The reason they gave was that he was in some way to blame for the chaos his fans were causing.  If that had happened it would have been the equivalent of being arrested because your granny fails to buy a bus ticket – but such threats appear to be inevitable for a youngster with such a young fan base.

At not much more than sixteen years old, Justin Bieber has won an amzing number of awards and more than most artists achieve in a whole career. He won the 2010 MTV VMA award for “Best New Artist” and fans do often see their favorite artist on the podium during his live performances. He has been awarded three MuchMusic Video awards, an MTV VMAs Brazil award, four Teen Choice awards, one TRL Italy award, and one Young Hollywood award. And, that is only part of the list so far!

Other nominations and awards include, winning Artist of the Year at the  2010 American Music Awards , and being nominated for  Best New Artist  and  Best Pop Vocal Album  at the  53rd Grammy Awards , among others.