Another way to describe or define the Mandela effect is “collective false memories. ” a large group of people collectively always say a particular saying or memory a certain way when, in reality, the truth is different from the memory.

Conspiracy theorists believe the Mandela Effect is an example of alternate universes present in society. However, doctors have a much different explanation of memory, and how some memories, although vivid, can be false.

The conspiracy theorists say that the effect is an unexplained phenomenon that most people have experienced even if they don’t know anything about it or don’t know what the phenomenon is called. The Mandela Effect (ME) describes situations where groups of people remember certain things being a particular way which turns out to be incorrect.

In fact, that's where the name of the theory comes from. it was first witnessed in the curious instance where thousands of people were certain that Nelson Mandela died when he was in prison in the 1980s even though in reality Mandela didn't actually die until 2013.

However, the people who believed that he died in the 1980s even had false memories of seeing his funeral on TV.

The Mandela effect was officially coined by paranormal researcher Fiona Broome in 2009. The term was created to explain the global phenomenon concerning the anti-apartheid South African leader, Nelson Mandela.

Countless people believed, with undoubted certainty, that he died in prison in the 1980s, although Mandela didn’t die until 2013, after being released from prison and serving as president of South Africa.

Soon after the concept of the Mandela effect appeared on the internet, more examples became attributed to these instances of individual false memories and collective misremembering.

Examples of the Mandela effect

Many people who experience the Mandela effect believe that they are constantly switching between parallel universes. The Mandela effect affects large groups of people and there are hundreds of forums and blogs dedicated to this strange phenomenon.

At times there appear to be new examples of the Mandela effect almost on a daily basis. Theorists of the effect talk about fifteen new Mandela effect examples they have collected which are sure to astound you or at least make you wonder.

So, what is really going on?

Some doctors believe the Mandela effect is a form of confabulation. A common analogy for confabulation is “honest lying. ” a person creates a false memory without intending to lie or deceive others. Instead, they’re attempting to fill in gaps in their own memory. Many examples of the Mandela effect are close to the original or true memory. Some researchers believe that people, even a large group of people, use confabulation to “remember” what they feel is the most likely sequence of events.

But, there is a contrary view which persists. These people believe that the so-called “Mandela effect” or the “quantum effect” is an unexplained phenomenon.

They have deduced many hypotheses as to what may be causing this effect where things change contrary to our collective memories. If thought out logically there are some explanations that we can dismiss. One such illogical explanation is that someone traveled back in time and made the changes we see today.

What Is the Mandela Effect? 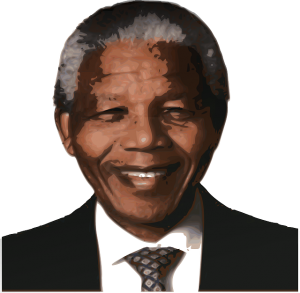 Now that you know the basics, let's go into more detail. The Mandela effect got its name when Fiona Broome, a self-identified “paranormal consultant,” detailed how she remembered former South African president Nelson Mandela dying in the 1980s in prison (although Mandela lived until 2013). Broome could describe remembering news coverage of his death and even a speech from his widow about his death.

Yet none of it happened. If Broome's thoughts occurred in isolation, that would be one factor. However, Broome found that other people thought the exact same as her. Even though the event never happened, she wasn’t the only one who felt like it did. As a result, the Mandela effect concept was “born”.

Some of those,  people that remain convinced that their memories are right take their reasoning deeper down the wormhole.  They not only feel that their memories are correct but they also become convinced it's being done on purpose and is not the result of timeline alterations from time travel. The reason is that if that were happening we would not be able to find proof that things were previously another way, as many of us remember them.

Of course, memories of Madela really matter to many people. The situation of poverty and diminished rights in which Africans of South Africa found themselves had been building up for many years.

In the 1980s “total onslaught” and “total war” had been declared by the apartheid regime on the great majority of their own citizens. But, beyond all expectations, a miracle occurred and apartheid was crushed through the life's work of great people such as Nelson Mandela. The measures being taken by the apartheid masters, during the long years of Mandela's imprisonment were truly discriminatory and very cruel.  If you read and understand the past of South Africa the current context will clarify the mist that's blurring the reality of Africans in South Africa.

When masses of people believe an event occurred when it didn't

The Mandela effect refers to a situation in which a large mass of people believes that an event occurred when it did not. Looking at the origin of the Mandela effect, some famous examples, as well as some potential explanations for this strange confluence of perceptions can help to shed light on this unique phenomenon.

People began to theorize about this phenomenon, stating that these memories were from a parallel universe where former President Mandela died in prison. Worse yet, a theory has been developed that people experiencing these memories came from alternate realities in which the former president actually died in prison.

Therefore it is explained that these people have in their memories events that in our reality had not yet occurred. One of the most impressive examples of Mandela effect is the one that happens in the movie “Star Wars”, in the title “the empire strikes back” one of the most famous scenes of this saga occurs, where Darth Vader reveals to Luke that he is his father.

Most of the people who saw this movie remember hearing the phrase “No Luke, I am your Father”, but in reality, he never said the name of Luke. This would be ignored as an invention of the public unless the actor of Darth Vader's voice recognized that in the script there was indeed the word Luke, but he did not want to say it.

Following slavery, there existed about 20 years of prosperity for the newly free people of color before the new form of bondage became social law racism. The social idea that any person of mixed slave ancestry constituted a colored person created a singular class of people regardless of different ethnic identities, black, no matter the color of skin. This concept survived from the era of slavery where it was used to prevent mixed-race people from claiming freedom based on European heritage. It also stopped many people from gaining a foothold in mainstream society following the end of slavery.

The Mandela effect continues to be hotly debated, despite reasonable evidence that it is more likely explained in terms of the fallibility of human memory than some form of parallel universes at work. Of course, we don't know everything. As more incidents of the Mandela effect continue to occur, perhaps more research into the origins will shed light on the causes.

Mandela Effect Examples That Will Blow Your Mind

One of the most well-known examples of the Mandela effect is the collective memory of a movie called “Shazaam” that starred the actor/comedian Sinbad in the 1990s. In fact, no such movie exists, although there was a children's movie called kazaam and some other coincidences that could help to explain how this movie became created (or remembered) in many people's minds.

Simplifying it further, the Mandela effect is nothing but a disturbance of memory, known as confabulations produced by our unconscious minds leading to misinterpretations of the world or oneself. The explanation of the Mandela effect can be frustrating for those who must dislike being told that they are remembering the facts wrongly.

Although there are several Mandela effect examples to help explain things out a bit. Just like the story of Sinbad from a genie movie, who claimed to have seen Nelson Mandela's funeral on TV before it even happened. Or Leonardo da Vinci's painting, “the last supper”, which had goblets in it and many others just like that!

Examples of the Mandela Effect

Other aspects of memory may lead to the Mandela effect. This includes false memories, where your recall of an event isn’t an accurate depiction. This is often a struggle for eyewitnesses to a crime or important cultural event. Also, the abilities of people across the internet to alter images, logos, and sayings may affect your recall of the original item.

There are many websites dedicated to people chronicling examples of the Mandela effect, including groups on Reddit. Often, people are disturbed to find out how they, and a lot of other people, remember an event isn’t exactly the way it occurred.

There are hundreds to thousands of examples which have been quoted, of the Mandela effect. These range across entertainment, logos, and even geography.

Take care if you decide to study the subject. Reading these examples can make you question your memory. Symptoms of the Mandela effect include remembering something as slightly different in wording or appearance to how it originally actually was. The second property of the effect lies in identifying a large number of people who describe the same (erroneous) memory.

One of the latest Mandela effects has been attributed by some people to the collective memory of John F Kennedy's shooting. A questionnaire was used to gather data on this. Participants were asked; “Do you remember 4 or 6 people in JFK's limo”. The majority of people who answered and selected their choice from memory were wrong.

During the run-up to the elections, the ANC was using religious admonishing, exploring and exploiting the various religious ministers and church-going people. The majority were poor, so they were immensely impressed by heir employers offering them all sorts of handouts. At first, Mandela was used effectively to garner the vote for the maintenance of the existing unfair apartheid status,.

In many ways, tricks and the bending of rules were rampant in South Africa at that time. Nowadays it is better because of the existence of the South African constitution. This is empowering a social transformation by protecting:

It is said that the public was consulted and as a result compromises were made to achieve what is now considered to be a model constitution. A constitution that stands as an example to all nations.

Why You Should Use Posters As A Part Of Your Advertising

The owner of this website, is a participant in the Amazon LLC Associate Program, an affiliate advertising program designed to provide a means for sites to earn advertising fees by advertising related products from Amazon properties, including but not limited to amazon.com, endless.com, myhabits.com, smallparts.com, and amazonwireless.com
2 Shares
Tweet
Share
Pin2
Share