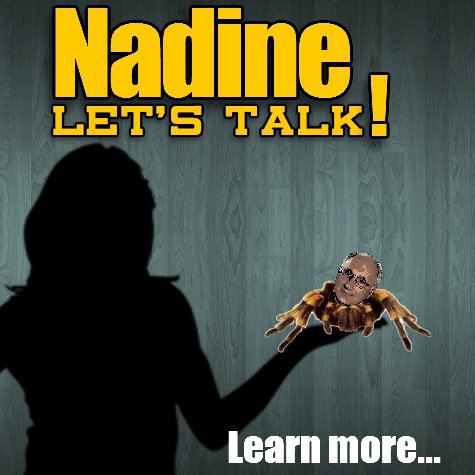 Many people have been fascinated to read the developing news about Nadine Dorries and her appearance on “I’m a Celebrity: Get me Out of Here!”? Nadine Dorries i'm a Celeb is the talk all over. What is more, the outcome seems to be fairly balanced as to whether her jungle adventure will turn out to be the end of her political career, or a big fame and popularity boost.

Nadine Dorries since returning to the UK at the end of November, will have held a meeting with the chief whip. The “Nadine Dorries i'm a celeb” topic will have focused on whether she will be allowed back as a Tory party MP and we will now have to wait for the Chief Whip to act.

Dorries is far from being repentant  and has pointed out that there was no neglect of her constituency. She says that she only missed three days when Parliament was actually sitting, there were no votes of any importance during her absence  and she did not take leave earlier in the year, when she could have. It is thought that she will also have listed other MPs who have taken more time away, although she will make no friends by doing that, we suspect. That “Nadine Dorries i'm a Celeb” should have the Conservative whip restored to her, now that she has returned is in her mind, without doubt.

However, what will be vital to her case will be the view that her constituency party takes, but here again she appears to fell confident that given that she hardly spent any time away from them and was in communication with them apart form while actually in the jungle, they will be forgiving.

She has created a dilemma for her party whips who will seek to avoid their authority being undermined. It remains to be seen how they can take action on her absence in a way that is proportionate and cannot be misinterpreted. For them it is vital to party discipline that they show that stepping out of line brings negative consequences. MPs are a bit like sheep. The whips need to set out clear boundaries and limit the amount of choice in the behaviour of MPs who are required to vote along party lines when required, otherwise others will follow were the “Nadine Dorries i'm a Celeb” episode has led. In other words, Tory MPs like any others, need to fear the force of the whips if they misbehave, otherwise the party may suffer self-inflicted defeats in the house.

Nadine Dorries Says She Did Tell the Tory Whip!

Dorries insists she informed the former chief whip Andrew Mitchell of her impending absence. But the party stands by Mitchell's claim that he was neither asked nor did he agree to Dorries going to Australia for a month to take part in the show.

Despite the controversy, she said she still had a “huge amount of support” in her constituency. “I have come back to a considerable number of emails – in excess of 700 emails – the majority of which are very positive and very complimentary,” she said.

Nadine Dorries Confident of her Return

Says She Did Tell the Tory Whip!MP Nadine Dorries has said she is “quite sure” of being allowed back into the Parliamentary Conservative Party following her return from the ITV show I'm a Celebrity… Get Me Out of Here.

@NadineDorriesMP. Yh She ‘waltzed' into the jungle but she ‘waltzed' out with more respect, and people on her side! Including me!

My regular Friday morning MPs meeting was livelier than usual today, which certainly woke us all up. Now I'm off to have lunch with fifteen great volunteers.

Another video from conference is this ‘Mission ImBorisable' played on the conference stage just before Boris spoke at the rally. It's a must watch.

Nadine Dorries, aka the Jungle MP, has claimed she is being hounded over the size of her reality television fee because she is female. Appearing on…

Nadine Dorries MP has admitted she enjoyed being an independent politician after having the Conservative whip suspended. The outspoken former nurse…

‘There is nothing to suggest she is going to get the whip back,’ said a senior Conservative source. ‘She has been told to rebuild bridges, but she has not got brilliant history on that.

Ms Dorries was suspended from the Tory party after flying to Australia earlier this month. She claims to have had permission to take time off from Westminster from then-Chief Whip Andrew Mitchell but admits she did not tell him it was to take part in the show.

Nadine Dorries I'm a Celeb Didn't Get Permission According to Whip

Dorries, who has been suspended from the Tory party in Parliament, denied she is to meet Conservative chief whip Sir George Young . She claimed she got permission to be away from his predecessor, Andrew Mitchell.

A source close to Sir George said the MP had been ‘very clearly’ informed she had been suspended pending a meeting. They will meet soon, the source said.

Nadine Dorries described her appearance on I’m a Celebrity … Get Me Out Of Here! as a “total success” yesterday as she predicted that it would be her last brush with reality television.

She was thrown out of the parliamentary Tory party for taking part in the ITV show without informing the Conservative Chief Whip. A petition in her Mid-Bedfordshire constituency calling for a by-election was signed by 700 people. But the former nurse said that she had received reassurance from Michael Gove, the Education Secretary.

Nadine Dorries I'm a Celeb “What was she Thinking?”

What on earth was Nadine Dorries thinking? Soon after being liberated from the jungle, she kindly agreed to be interviewed by me for Radio Four’s Week in Westminster and explain her rationale. The show broadcast at 11am and you can listen to the whole thing here, but I thought CoffeeHousers may be interested in Nadine Dorries’ quotes as she raises interesting points about politics in general.

Not a fan of the gal at all, but she’s got a good point regarding MPs buggering off on ‘fact finding tours’ or ‘representing parliament’. Its amazing how much important parliamentary work is required in places like Mauritius, Durban , Antigua, Paris or Vienna. She wasn’t away long enough (surprise) to make any difference to anyone. Let her swallow her medicine (being unpopular) and get ready for more of the same in 2014.

2012 Official Countdown Review
SOLD OUT AFTER CRISIS– What Is It?