By Alexandra Hemming on March 18, 2011 in education 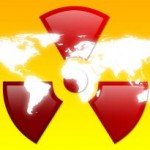 Public perception is that radiation may spread from Japan’s Fukushima Daiichi nuclear power plant over a vastly larger area than is possible.

The news media have been reporting that potassium iodide, used in treating radiation sickness, has sold out in the US, and today in Beijing, another rush to the shelves has taken place. It seems that the Chinese citizens who have reportedly emptied supermarket shelves of iodized salt,  throughout the city today are trying to similarly prepare for radiation, which as in the US cannot conceivably reach them at hazardous levels, from distant Japan.

According to an item on the American Society for Science and health website, they think that both events may have a common source. That source may have been their very own U.S. Surgeon General Dr. Regina Benjamin’s statement a few days ago, which may have led many to believe that potassium iodide medication was being advised for all those exposed to radiation from Japan’s Fukushima Daiichi nuclear power plant. In fact they are quite upfront in the title to their posting which appears to say it all: “Chinese Take “a grain of salt” too seriously, Regina Benjamin removes foot”.

Chinese residents must have heard U.S. Surgeon General Dr. Regina Benjamin’s statement earlier this week supporting the precautionary use of potassium iodide (KI) pills by Californians. Many are afraid of developing thyroid cancer from the radioactive iodine that may have been released from Japan’s Fukushima Daiichi nuclear power plant.

Just like the Americans a few days ahead of them, and ignoring their own government’s reassurances that China will not be exposed to dangerous levels of radiation, residents in Beijing still cleared grocery shelves of iodized salt, falsely believing the iodine in that will offer the same protective effects as potassium iodide (KI).

They go on to say that KI is only recommended for adults who are pregnant, have an iodine deficiency, or if there is a threat of a very high level radiation exposure.

The iodine in iodized salt is of course a different form of iodine, and the danger with that would be that to take in sufficient iodized salt for any effect from that would require imbibing so much salt that the salt dose would most probably be very dangerous.

Potassium iodide is a salt of the stable form of iodine. Stable iodine is a naturally occurring chemical element that is used in the body to make thyroid hormones.

Potassium iodide is only effective for 24 hours, so taking it now won't protect you against the  possibility of future high radiation. So, if you have KI, do not take it unless and until you are advised to do so by emergency officials.

It seems that it all goes back to the fact that the most important protective measures include evacuation of potentially affected areas, and taking shelter within your home or workplace as and when instructed by the local health authorities.

When it is available, potassium iodide is available without a prescription as pills or drops.

It’s the accumulation of radioactive iodine in the thyroid, if it occurs, which increases the risk of developing thyroid cancer, especially in children.