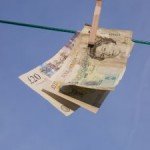 Detectives from London’s Met Police force have made 49 arrests in a ticket touts crackdown launched immediately before tickets go on sale for the London 2012 Olympic Games. Games organisers have also been giving out the official games website name, with warnings to the public only to use that website, or risk dealing with a profiteer.

Money-laundering and handling stolen goods have been cited as some of the charges under which individuals are being held. Fraudulent actions will also prosecuted, using data collected since Scotland Yard’s squad running their “Operation Podium” was set up in June.

Operation Podium is the name they have given to Metropolitan Police’s special squad, set up to tackle serious crime, and the gangs who cannot be allowed to cash in on the Games.

The itention is that by hitting the UK fraudsters hard at the start of the sales period the message will become accepted within the criminal community that it isn’t worth the risk to continue with these activities. Also, in a programme of measures which have been started to block the path of the fraudsters to the 2012 Games, the maximum fine for ticket-touting on 2012 Olympic ticket sales is being raised from £5,000 to £20,000.

Purchasing event tickets has changed into a sport in its own right for many UK gigs and sporting events. If tickets go up for sale at 9am, stressed buyers anxious to get a chance at buying their tickets will be reloading the seller’s net page from three minutes to the hour in an attempt to slip through onto the site instantly it opens. Such is the power of the touts to use their technology to muscle ordinary buyers out, and then put those same tickets on sale again on their scam sites within minutes, at inflated prices.

Of course there are those that say that this isn’t something that should be controlled. They hold the view that re-selling tickets for sports and music events is nothing more than the free market of capitalism at work.

Others point out that the massive popularity of the top sports events is the other side of the coin to the sparse attendances seen at earlier events in the series, and the lower league events. They say that genuine fans will gain just as much pleasure by going to the less well attended events, which will benefit these sports, and the touts can play a useful role in that.

The view of by far the majority is that making money by touting is simply immoral as these actions add no value, and they rob the average person of opportunities rightfully theirs, to buy a ticket at the price the event promoter offered it for.

A further concern when purchasing tickets on the street from a ticket scalper or through a web auction, is that the tickets sold by ticket resellers may themselves be stolen or simply fakes.

Very often, use of a ticket bought by personal resale will contravene the first conditions of sale, but it is legally questionable whether the first conditions of sale are enforceable. The proven fact is that these bent low-lifes have now entirely commanded control of the web, and harnessed the powers of multi-ticket purchasing and exorbitant eBay floggings, very effectivel.e And, this impacts on real fans, who now have to turn to illegal measures if they wish to see these events.

One interesting development on the horizon is that some promoters have ceased selling tickets in the traditional “first come first served” system, and are using systems which entail eager ticket holders in participating in a” ballot”. This becomes a contest with random winners with the end result being the chance to get just a few tickets.

The ballots are intended to deter re-selling by making it tougher to purchase many tickets because being at the front of the line doesn’t guarantee the applicant a ticket.

Here is an example of what reportedly occurred at a recent event. On the June 3rd, twelve thousand additional tickets for “T In The Park” in London, went on sale at 9am. Sales pressure on the promoter’s web site was intense, and the tickets were all gone in ten minutes.

It is not unusual for all the popular tickets for whole events to be gone in one hour from opening, and most other of the largest gigs suffer that way.

There are laws concerning ticket selling for football, but their effect is reportedly only to impede the resale of football tickets. It was not even the intention, when the act was passed, to avoid touting. It was a measure to handle hooliganism in the 1980s.

However, even this law has loopholes which are being exploited.

Tickets will also be released over a 6 week period, and with the present police action, it is hoped that this will avoid the excesses of the past.