By Elliot James on March 7, 2018 in environment 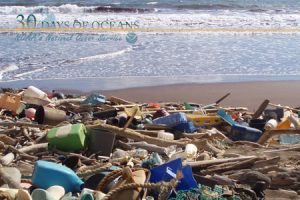 With the recent publicity brought by the recent BBC series Blue Planet, in which a mother whale was seen to be mourning the death of her offspring killed by plastic waste in the ocean, many people are looking again at the use of plastics. In this article we look at what is being said, and we conclude with ideas of our own.

First, there are many problems stacking up against the use of plastics, and unfortuanately there is no easy option, due to the non-biodegradable nature of plastics, as follows:

The Problems with Plastic Waste

Recycling plastics is a waste of money and resources

We’re in the midst of a societal delusion, that everything, including plastics, must be recycled. Such manias do happen – that house, tulip or dotcom share prices can only ever rise, even that the banks are run by clever people who know what they’re doing. The important thing to do amid the madness of the crowds is to analyse the belief so as to evaluate the underlying contention.

The truth is, we shouldn’t be recycling plastics – it’s not worth it.

When it makes sense to recycle

‘Piles of plastic which we now cannot send to China have a negative value, because there is no profitable use to which they can be put’

There is no doubt that some recycling is. If a profit is made from doing it, then the activity adds value to our civilisation. This is the very point of our having an economy at all. It’s also possible that there are issues with third parties – what economists call externalities. Maybe clearing up radioactivity doesn’t make an accounting profit, but we think the world richer for our having done so. But this is an argument for our managing waste, cleaning up pollution, not for recycling itself.

Once we have decided that the management is necessary, either for purely economic or even aesthetic reasons, we then must choose between the alternatives of which recycling and the circular economy are only one option. Given the current calls that all plastics must be recyclable, must be recycled, even that plastic straws must be banned – this isn’t something we’re [going to be] doing. via waste of money and resources

The opportunities to recycle plastics are becoming more scarce and more expensive for companies to handle all across Western Montana.

The decline is linked by Montana Department of Environmental Quality experts to the global commodities market for recycled plastics that has experienced big changes in the past couple of years as China has tightened their quality requirements.

Dusti Johnson, a materials manager with Montana DEQ, says the poor quality of U.S. plastics exports damaged their viability in markets like China, “contamination killed it,” she said about the now-shuttered Chinese market commodity plastics.  via Waste in revenues

Waste consultancy Eunomia estimates official figures over-state the quantity of plastic packaging sent for recycling by about a third. Much of what does go into the waste stream may be of such poor quality it cannot be re-used, its report said. An industry spokesman said he was “very confident” of the accuracy of the data from packaging firms. via Industry ‘exaggerates plastics recycling success’

With China’s National Sword policy increasing the standard for contamination in plastic waste imports, recycling facilities across the country are working to clean up their end products or find new buyers. Such a task is more difficult than it may seem, however.

About 20 percent of the material that comes to the Waste Management recycling sorting facility in Denver is trash. Now, the sorting process is all the more important.

When you head up recycling for a major national company like Waste Management, you see some strange things.

“Some type of artillery, or a hand grenade,” said Brent Bell, vice president for recycling at Waste Management. “I mean there’s just some crazy stuff that people put in their recycling containers.”

The craziest thing Bell has seen on a conveyor belt at a sorting facility wasn’t explosive.

“It was a six foot shark,” he said. via Recycling Facilities Contamination

So, in a nutshell, from the above we can see that:

But, could all this be an excessively negative outlook? The world is full of neer sayers, but the world does continue to advance. Why they should not get all their own way?

On that basis we looked for the positive news for plastics recycling and we very quickly found the following is also being said about what some see as the problems with plastic waste. Is the case for recycling plastics really so dubous?

We don’t think so…

Nearly 63 of the 69 tons of game day waste generated was recovered through recycling or donation for reuse (62 percent) and composting (29 percent). Recovering waste through composting and recycling reduces waste disposal costs and provides several environmental benefits including reduction of landfill use and reduction of the greenhouse gas generated by the landfill process.

“The zero-waste legacy project is a testament to teamwork, with multiple partners coming together to achieve an ambitious environmental goal,” NFL Environmental Program Director Jack Groh says. “The NFL is proud that this program was not only successful at Super Bowl LII, but will also serve as a permanent installation at the stadium and leave a lasting impact on the community.” via APR innovations

Plastics recycling a chance for chems, Europe could be birthplace for new opportunities

LONDON (ICIS)–Higher plastics recycling targets do not necessarily have to be detrimental to EU polymers producers, who will find new business opportunities in the recycling industry, according to the director general (DG) of EU trade group Cefic.

Marco Mensink said the industry welcomed the European Commission’s recycling targets published in January, but added that the 28 countries within the EU will need to improve their recycling systems in order to achieve a more unified approach.

As the sustainability of crude oil- and natural gas-based feedstocks has come to the frontline, as some products are hardly recyclable, Mensink said that petrochemicals would still use oil and gas for decades to come given its abundance and profitability.

“I don’t agree with the statement that more plastics recycling will mean fewer plastics will be produced: You can make plastics from recycled plastics. As we have seen with other virgin materials, like steel, glass or paper, there is a lot of growth to be achieved from recycled materials,” said Mensink.

…. Cefic’s DG also mentioned China’s ban on imported plastics – European countries are no longer able to send their plastics waste there – but despite all the challenges, Mensink remained optimistic about the possibilities recycling policies could bring to chemical companies.

“We thought that overall the plastics strategy was quite reasonable. It talks about the market opportunities, and this would be one point where Europe can globally lead the way: we are set to develop new chemistry on the back of all these questions [regarding a true circular economy],” said Mensink. via recycling for chems

The company began a fund raising on the crowdfunding platform, Crowdcube, on February 16th 2018. It said that th fund raising has attracted considerable support from over 1400 investors. InterChem’s investment, on the same terms as existing and new Crowdcube investors, brings the total amount raised to date to just under £3.4 million, which is very close to Recycling Technologies’ current cap of £3.7 million

According to Recycling Technologies, its RT7000 machine recycles all types of plastics, including those considered unrecyclable such as films, coloured and laminated plastics including crisp packets and food pouches.

The RT7000, recycles this broad range of household plastic waste into an oil commodity called Plaxx® which is said to replace fossil-fuel derived feedstock in new polymer production and industrial waxes. … via InterChem

But, the following excerpt is what we must not forget, because it could mean death to our oceans and without healthy oceans, how could humanity survive?

Diver takes a dip in Bali’s sea of plastic

That’s the impression you get from Rich Horner’s video shot March 3 in Bali’s Manta Point. Horner, who studied mechanical engineering at University of Brighton, went for a dive to take in the ocean’s wildlife, and instead he found plastic. A lot of it.

Manta Point, as the name might suggest, is a place where manta rays congregate for cleaning by smaller fish, which rely on the mantas for food.

“Surprise, surprise,” Horner wrote, “there weren’t many Mantas there at the cleaning station today… They mostly decided not to bother.”

Indeed, only a single manta ray is visible in Horner’s video, braving the plastic storm.

Most of the plastic, according to Horner, wasn’t single-use plastic, like bags or straws, but mostly “general plastic packaging, for packaging almost everything we buy in the shops/supermarket.”

The video dramatically calls attention to the ways plastic freely circulates in our oceans, but Horner hopes viewers see this as a symptom of an another issue: overpopulation. … via Bali’s sea of plastic

A very disturbing picture all round, but how well is your country doing to recycle? To find out click here for the best performing nations in recycling.

killed by plastic waste in the ocean, Plastic Waste Mounting Up, Problems with Plastic Waste, Recycling plastics is a waste