Testing for radon gas is important for properties on bedrock or near it in many locations. It was described as the largest environmental killer by USEPA when we first published this article. Hopefully, a greater awareness of the dangers of radiation from radon in homes in the intervening years means that the threat is less now.

But, anyone who has tested for radon gas knows that it is odourless, tasteless, invisible, and radioactive.

You won't know it is present in your home unless you investigate. However, for most of us, our homes are founded on deep clays, silt and soils over the underlying bedrock, so there is not a problem.

Due to the radioactivity of radon gas, it has long been known to be a cancer threat.

This page was uploaded first in 2011, but the text remains highly relevant today.

Not enough is being done to seek out and protect homes where there is a radon problem. That is according to Peter C. Hendrick, Executive Director of the American Association of Radon Scientists and Technologists.

In fact, the US EPA has been reported as saying that it’s the second leading cause of lung cancer after smoking. That's why it can be so important to test for it.

The message is that testing for radon gas is important in vulnerable places. Families should test their homes for toxic gas. But Hendrick said that his association were concerned that the EPA’s home testing program is voluntary. A mandatory requirement would be preferred.

“I had my doubts when I first got involved because it seemed to me that if this was a serious issue, the EPA would do something about it”. “That has been my biggest surprise as we have the largest environmental killer in the country being treated as a voluntary problem”. 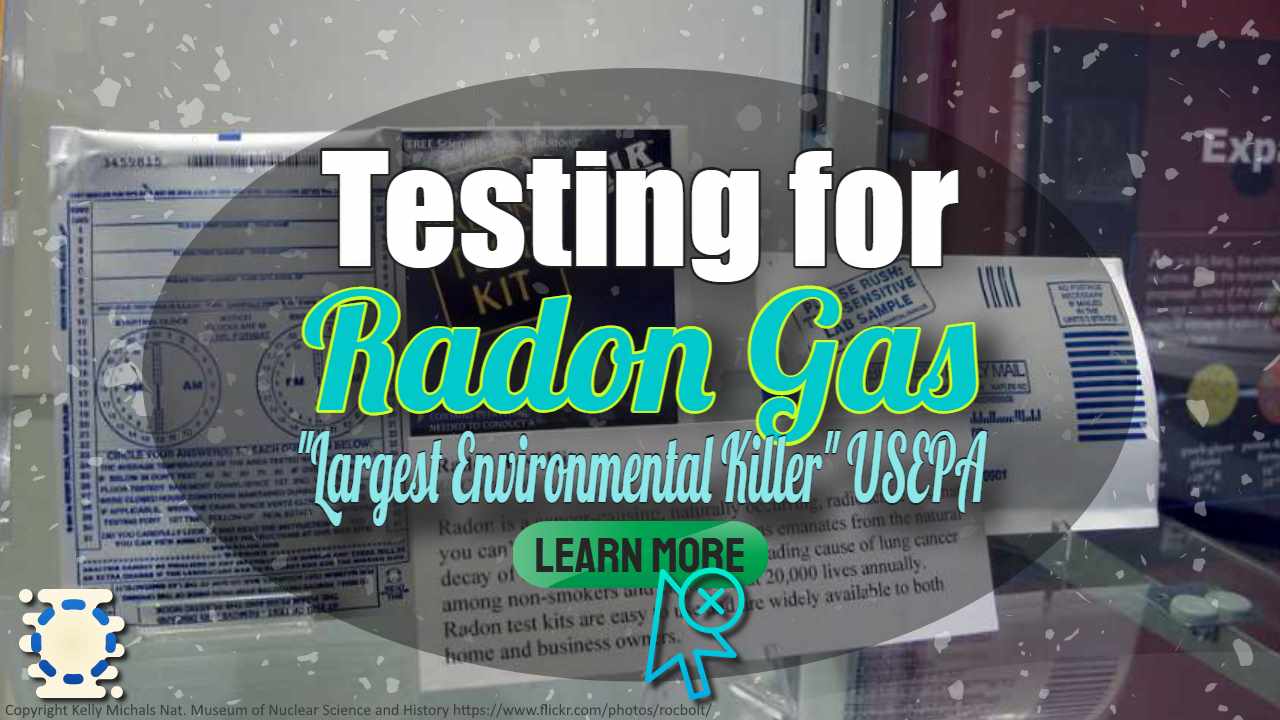 Radon is a naturally occurring, radioactive gas formed by the breakdown of uranium. It comes from the radioactive decay of uranium, which is present in small amounts almost everywhere in the Earth's crust.

It is found in many types of soil and rocks (usually igneous types), and it is only a problem when it seeps homes through cracks in floors, walls and foundations.

Radon is measured in units called “becquerels per cubic meter”.

How Does Radon Get Into Buildings?

It is drawn into (or forced through pressure differences into) a home whenever the pressure of the atmosphere inside a basement is lower than that in the surrounding ground.

If the surrounding atmospheric pressure imbalance between the soil gases and the interior of the home is reversed, radon will be vented away from the structure.

Why Should I Worry About Radon?

The main concern is that there is an elevated risk of developing cancer for all those subjected to long term exposure to radon in air and water. It is a known human carcinogenic substance with “genotoxic” effects when doses are high.

The most authoritative radon risk model currently accepted worldwide assumes a linear no-threshold approach. In other words, the probability of a health effect is directly proportional to the exposure dose.

Many also believe that radon is much more likely to cause lung cancer in people who smoke.

Radon is a known human carcinogen with genotoxic action at high doses.

Lung cancer can start when a cell is damaged and the cell does not repair itself correctly. The more radon you are exposed to the more is the opportunity for cell damage.

EPA's most recent health risk assessment (in 2011) estimated that 20,000 US lung cancer deaths each year are due to radon. It recommends mitigating homes with high radon levels.

If the building is in a vulnerable area property owners should test for the presence of radon and if it is found take measures to stop it from entering the property.

Radon gas can enter a building through floors, walls, and basements in many ways, such as:

If radon is dissolved in a well water supply it may even be released in the water vapour during showering/ bathing.

Take Effective Action on Radon and be Safe There are straightforward techniques to reduce radon build-up that will work in almost any home.

The EPA along with the National Safety Council are recommending that homeowners and leaseholders test their houses for radon. The good news is that after testing for radon gas and finding it, they can then take advice on how to protect their families from radon gas and thereafter live safe from radiation in their homes.

If it is found in offices, schools, and government facilities they should also be tested for this damaging carcinogen as well.

Stoodaio Review – Will It Write Make Host Post and Syndicate Your Videos?