Hip pain is fairly common. It can be caused by a variety of conditions, including illness, injury, and chronic diseases like arthritis. In rare cases, it can also be caused by cancer.

Read on to learn about which types of cancer can cause hip pain, common conditions that may be causing your discomfort, and when to see a doctor. 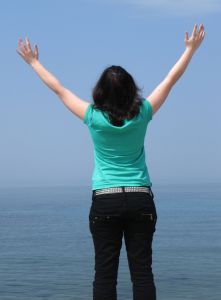 Coming soon after the news, last week, that in the UK breast cancer rates have risen from 8 in 100 women to 9 in 100, the American Northwestern Medicine has published findings which indicate that sufferers are also more likely to need a hip replacement.

While the first news was explained by suggestions that deterioration in the national diet was the likely cause of the rise in the UK, the blow was softened by health authorities who pointed out that UK breast cancer cure rates have been steadily improving, so overall the news is not all bad.

Explaining this latest news, experts say that this seems to be a problem resulting from the success of cancer treatment cures.

The Northwestern Medicine researchers looked at women who have been having breast cancer treatment and have suggested the cause. It seems that everything in life is connected and affects something else.

The treatments for breast cancer, it appears, tend to reduce bone replacement in women generally.

However, possibly in the long term just as important is that younger women who survive breast cancer are susceptible to early menopause. This is in most cases brought on by the chemotherapy drug treatments they received for breast cancer, without which they would not have survived.

So, as a result of their cure they are more likely to develop “osteopenia” in middle age.  Osteopenia is a condition in which bone mineral density is lower than normal. It is considered by many doctors to be an early form of the much better known and more serious bone loss condition of osteoporosis.

Hip fractures are usually thought of as a problem only prevalent in elderly women, but it seems that unless methods can be found to reverse the trend toward early menopause in women in their forties who contract breast cancer, it will become more common in this group of women.

Breast cancer is a common disease. Each year, approximately 200,000 women in the United States are diagnosed with breast cancer. It is a type of cancer that occurs when cells in the breast tissue divide and grow without control. About 80 percent of cases of breast cancer originates in the mammary ducts themselves, while about 20 percent arise in the parts of the breast (lobules) that are capable of producing milk.

Some medics are advising that cancer treatment methods will need to be refined further. More research needs to be done before treatment guidelines are changed, but in the short term greater awareness of the wider adverse effects of some breast, cancer drugs are needed.