Do You Know Why Is Marijuana Called Pot? It Isn’t A Baking Utensil…

Why Is Marijuana Called Pot?  Do You Know? It certainly is not a Baking Utensil… We have the answer here so scroll down!

There are literally hundreds of slang terms and different names used for cannabis. Many of the different jargon used for cannabis have been derived from a combination of the geographic location and the appearance of the processed plant.

Just in case you did not know is marijuana pot, yes it is.

Cannabis is indigenous to Central and South Asia as well as other warmer regions. Marijuana comes from the cannabis plant (cannabis ruderalis is an example of a specific strain of cannabis) so it is natural and derived from the female flowers and dried leaves.

So how did “pot” come to America? 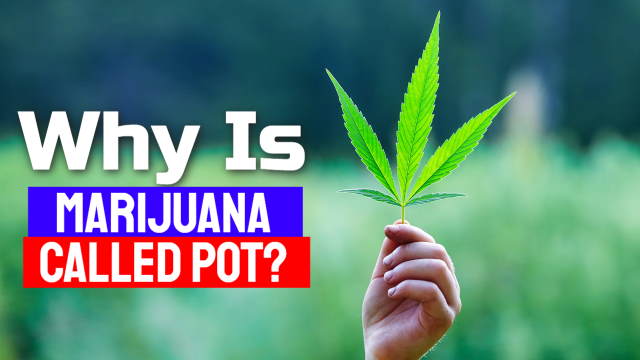 The Mexican Revolution was a major armed struggle brought on by tremendous disagreement among the Mexican people over the dictatorship of President Porfirio Diaz who stayed in office for thirty one years.

The revolution was started by a new generation of leaders who wanted to participate in the political life of their country, but they were denied the opportunity by officials who were already entrenched in power and who were not about to give it up.

Why is marijuana called pot?

So did the word for a common kitchen instrument become slang for cannabis? Actually, learn why is medical marijuana called pot and why the origin of the word “pot” has nothing to do with kitchen cooking utensils…

That is why so many people have asked, “why is cannabis called pot, or is cannabis pot?” And most have never understood this at all…

The shortened nickname “pot” comes from the Mexican Spanish word Potiguaya or Potaguaya means “marijuana leaves.” It is a shortening of the term “potacion de guaya”, an alcoholic drink made of marijuana leaves and buds are steeped in brandy or wine.

It literally means “the drink of grief.”

Well, that is a quick and easier question to answer, it is a tropical fruit that you typically can find at the grocery store called “guava” used to make the alcohol for the potacion de guaya.
“Pot” as slang for marijuana has been in common usage since the late 1930s and early 1940s and has been a subject of lively arguments among etymologists pretty much since day one.

The reason why is cannabis called pot was made into a common term for cannabis in the United States when it became popular during this period in history.

And that answers our questions to:

Why people are asking…

You are probably asking “is cannabis pot” today because you've recently heard of medical cannabis in the news, which refers to the cannabis plant used as a doctor-recommended form of medicine or herbal therapy.

According to Wikipedia, “Pot, marijuana, cannabis, etc. is one of the 50 “fundamental” herbs of traditional Chinese medicine used for over 5,000 years, and is prescribed for a broad range of indications.”

Whatever you call it – ganja, weed, reefer, tea, bhang, leaf, or skunk – it may soon be medicinally and legally farmed in record amounts as medical marijuana (CBD) becomes more prevalent throughout the United States.

Let us know what you think.

[Ed. Note. Green CulturED has created an intuitively designed educational experience that is delivered in the way people learn and interact online today. Send your feedback here: Info@GreenCulturED.co… and don't forget to follow us on Twitter: @GreenCulturED]

The owner of this website, is a participant in the Amazon LLC Associate Program, an affiliate advertising program designed to provide a means for sites to earn advertising fees by advertising related products from Amazon properties, including but not limited to amazon.com, endless.com, myhabits.com, smallparts.com, and amazonwireless.com
Loading Comments...
2 Shares
Tweet
Share
Pin1
Share1
Share