What is a Bird Flight Diverter? – Plus Marvels of Motion in Bird Flight

If you are like me, when you saw your first bird flight diverter you probably thought; “What on earth is that!” Read on and we will explain.

Bird flight diversion is the politically correct term for a bird scarer. It always seemed vaguely absurd to describe an average scarecrow as being able to scare anything, so I welcome this change in terminology! However, I do appreciate that in these days of environmental awareness and even “animal rights”, the marketing world will be anxious not to attract criticism for any form of cruelty no matter how mild, nor how much intended for the preservation of the animal so-called “scared”. 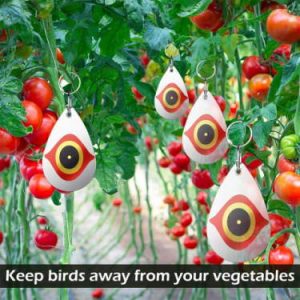 Going back to the origins of bird-flight diversion, we find this definition:

“Bird scarers are devices designed to scare birds, usually employed by farmers to dissuade birds from eating recently planted arable crops. They are also used on airfields to prevent birds from congregating near runways and causing a potential hazard to aircraft.” via Wikipedia.

Bird flight diversion goes beyond bird scaring, and extends the idea of “scaring” from purely a matter of benefiting us humans to the noble role of preserving birds from man-made dangers. However, my guess would be that most “bird flight diversion devices” sold, will in fact be to perform the function cited in the Wikipedia definition.

What Are These Diverters?

Many are called “roundels”.

In line with the latest avian research, the roundel is a white perforated plastic disc or oval set to rotate on a cord. A popular example contains “glow in the dark” natural crystals which absorb and emit purple ultraviolet light.

The concept is that the roundel is strung up in a position visible to the birds. It's also easy for them to see day and night in violet colour, but it appears as white plastic to humans. The glow in the dark natural crystals contained in the plastic emits absorbed UV energy for 10 – 12 hours after dark. Fluorescent orange and yellow reflective material in the centre of the roundel may also be added to provide daytime colour to divert birds while it flaps in the wind. via Clydesdale.net

Examples of Bird Diverters on Amazon (US)

We've been blogging about birds for a long while. Here is our original article which we published in 2011: 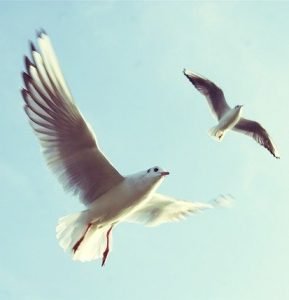 A lab that has won National Science Foundation funding for 25 years, and published dozens of papers has released details of their research in an interview with www.nytimes.com, which shows some amazing newly discovered features of bird flight.

[box type=”info”]Update: This was originally posted in 2011, but remains up to date today, as ever.[/box] 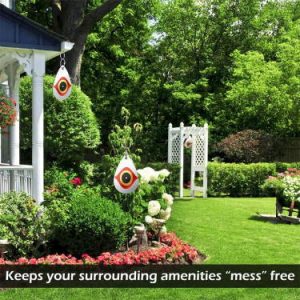 Dial, is a biologist at University of Montana Flight Laboratory, who, in 1988, founded the lab at a field station near the University of Montana. He is a bird flight researcher who never stops being amazed at what these creatures routinely achieve when flying. They can go from 40 miles an hour to zero and land nimbly every time, on a branch that is itself moving, and do this all in a couple of seconds. It’s inspiring he says.

After observing woodpeckers in the laboratory’s wind tunnel, he has witnessed them both flying and bounding and gliding missile-like with their wings tucked, which is a behavior not previously identified in these birds. 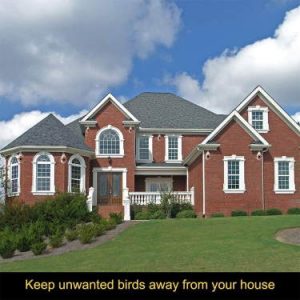 The birds he has studied, ranging from delicate diamond doves to burly ravens, have crystal sensors surgically implanted in their pectorals and elsewhere that measure muscle contractions as they fly. He says that they have found that bird pectorals are the motor for 80 percent of flight.

He says that it is this which explains why they are the largest part of the anatomy of birds. He and his team have made other discoveries, as well, about how birds generate enormous power and can resist fatigue, and why it is possible for some to have the stamina to be able to fly from one pole to the other without stopping. This is clearly orders of magnitude more impressive than any human could achieve.

Through their research, they have been able to develop a number of special tools using the latest computer and laser technology to reveal aspects of high-speed motion in bird flight at levels of detail which could only be dreamt of previously. These tools allow the research team to see things that have always been thought about but never shown.

The research has led people to realize just how complex bird flight is and how many different things are happening when a bird flies.

For example, birds clap their wings together at the peak of the upstroke during takeoff that is the clatter you hear of a pigeon taking off in the park, and they rotate their wings on the way down to get a lift. During such motion, the wings suck in air, like a fan. 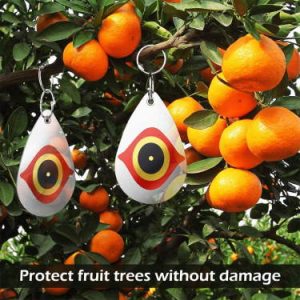 Bird proofing is most effective when diverters are placed in their common flight paths. The roundels, are typically installed 12 metres apart at bird’s eye level or above on power lines. The intention is to effectively haze all birds within a 12 metres radius.

This ‘open- sky’ configuration directly affects avian vision. Accordingly, the success of these devices is dependent upon a similar configuration owing to typical architectural/environmental distractions.

For bird proofing products to work well it is necessary to observe the flight patterns of birds and install multiple diverters directly in each flight path and in primary roosting areas.

Firefly is a clearly visible “scarecrow” that diverts the birds, preventing them from colliding with overhead lines etc.

It uses reflected sunlight and glow in the dark luminescence for 24-hour protection. The spinning design is said to increase effectiveness. The manufacturer states that it prevents birds from roosting within a 12-metre radius.


We like to see the use of these rotating objects to protect birds from collisions with overhead power lines and communications towers. In particular, swans are in danger of electrocution when power lines pass close to ponds. We recommend the use of these devices in all such locations. 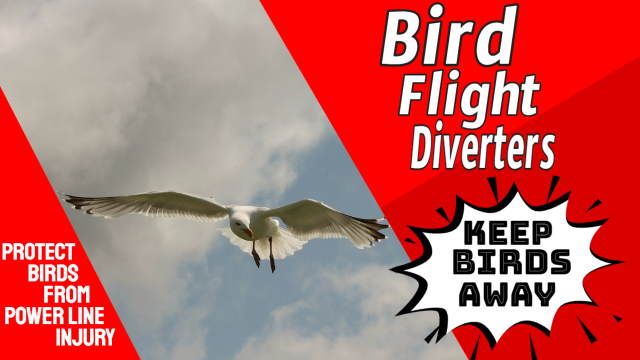 Bob Dylan Sings and Has Many Grammy Awards

The owner of this website, is a participant in the Amazon LLC Associate Program, an affiliate advertising program designed to provide a means for sites to earn advertising fees by advertising related products from Amazon properties, including but not limited to amazon.com, endless.com, myhabits.com, smallparts.com, and amazonwireless.com
Loading Comments...
3 Shares
Tweet
Share
Pin2
Share1
Share