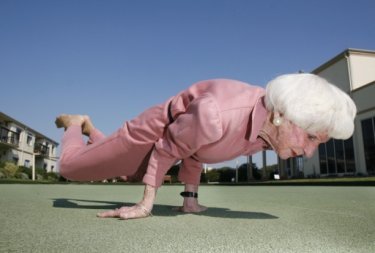 Life expectancy in the US has risen to a new high of 78 years and 2 months, according to statistical analysis released by the Centers for Disease and Control, for 2009.

Deaths were down for a range of causes, from heart disease to homicide. No one simple explanation can be put forward for the increase in life expectancy, but that isn’t suprising when you consider all the myriad of things that effect our lives and our health. High on the list must be improved medical treatment, and vaccination levels. Plus, public health measures which have had some success in reducing smoking may well be impacting on this.

Heart disease has been and remains as the top killer.

The data has been provided by the CDC based on the life-expectancy for a baby born in 2009.

United States life expectancy has been tending to increase since at least the 1940s, although some years it has held steady, and a few occasions it has dropped.

Life expectancy is a common measure of population health in general, and is often used as a summary measure when comparing different populations (such as for international comparisons). For example, high life expectancy indicates low infant and child mortality, an ageing population, and a high quality of healthcare delivery.

We all like to hear that life expectancy is being extended. We like it less when we seek to take up our pensions, and we realise that there is less per pension money to go round when it needs dishing out to more people who are still living to keep claiming their pensions. Nevertheless,  the effect on pensions only comes when the remaining number of years a person is expected to live, based on life expectancy tables issued by the Internal Revenue Service (IRS), are revised.

The cost and quality of health care for the old and poor varies between states in America. Some states, like Massachusetts, have universal health coverage, but others don’t.

Data on persons enrolled in the National SCI Database suggests that the causes of death that appear to have the greatest impact on reduced life expectancy for their study population are pneumonia, pulmonary emboli and septicaemia.

Rises in living standards and to health care quality across Europe have also led to increases in life expectancy at birth. In the EU's 27 nation states, life expectancy at birth increased over the last 50 years by about 10 years. Improvements in medical techniques, again the availability of medical treatment, public health and nutrition are thought to be the main reasons for increased overall average lifespan, in these countries.

Women are also generally better off than men; worldwide their life expectancy exceeds that of men by a few years. Women marrying a partner seven to nine years younger increase their mortality risk by 20 percent compared to couples where both partners are the same age. But the mortality risk of a husband who is seven to nine years older than his wife is reduced by eleven percent.

Americans may be living longer but they are certainly paying quite a few more dollars for treatment than many other countries. Americans work longer hours and get less help from the state when ill than almost any other reasonably wealthy industrialised country. Some have even commented that the US is the only country where employees are forced to go to work sick or get fired!

New Visa Service to Let People Use Their Card to Pay Each Other
Potassium Iodide Scramble in US, and Now in China Iodized Salt Sells Out in Misunderstanding