It may be 8 years since we first posted about Adele Eyelashes, and making your eyelashes seem to grow by using false eyelashes. Some even call them Adele fake eyelashes, but there is no denying the continuing appeal of those dramatic eyelashes so often sported by Adele.

Adele Eyelashes, and How to Make Your Eyelashes Grow

Many people think that the eyelash fascination trend which we see all around us, these days, started with Adele, and certainly, she is very skilled in generating a fascination for her “brand” a part of which is her distinctive looks which are accentuated by her eyelash beauty. Nobody could contest that the British music artist has very beautiful thick eyelashes. The abundant thickness of those lashes makes her already beautiful eyes even more beautiful! No wonder that more than ever before women these days are looking for an eyelash growth products review, so they would know which products to buy. 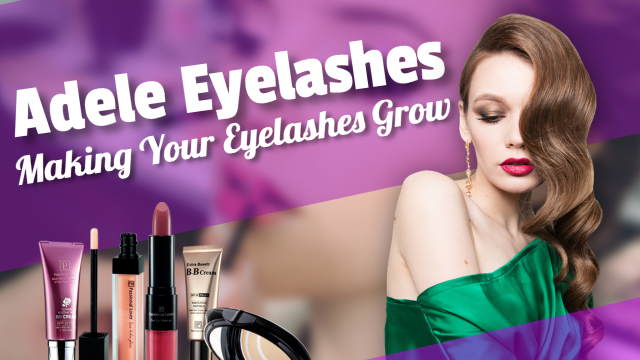 Many people also love Adele’s eyelashes. In truth, they actually love her eye make-up in total! If you want to emulate her go to YouTube, where there are quite a few how-to videos about copying Adele’s lovely smoky eye make-up.

Adele’s how to make lashes grow longer. So they will be thrilled to hear that now you don’t have to go to Great Britain to get your hands on her favorite mascara, anymore but it is not available online. The Grammy-winning singer is a longtime fan of the Skinny Brush mascara by British brand Eyeko. The chat on the web suggests that she even used a few swipes of Skinny Brush mascara instead of false Adele lashes for her “Someone Like You” video, which the brand has tweeted about. (In 2012 we wrote -) This mascara product has now finally traveled across the Atlantic and is now available stateside exclusively at Sephora stores. 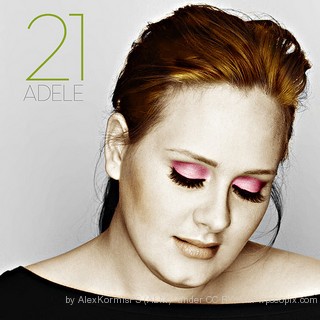 I think if I had Adele’s voice, anything else would be secondary for me. Have you heard the lady’s voice? My goodness! When Adele sings it’s like an angel is singing. You never want the song to ever end!  The favorite song of hers among the group of us girls in the office here is, “Someone Like You”. But, of course, we also like her other popular songs like “Chasing Pavements” and “Rolling in the Deep”.

The year 2011 was officially dubbed the year of Adele, but with her, continuing success, will that title be true for 2012 as well? Adele was nominated for six Grammy Awards and during the 2012 Grammy show; it was revealed that she won all six of her nominations. That’s right, Adele won six of six making her one of few artists to ever accomplish such a feat.

She, having grabbed six Grammy Awards, in March 2012, is now “covered” in the March issue of Vogue and that edition also contains a full editorial spread about her. To be featured in the March issue of Vogue is a major compliment to Adele, as it is one of the most important of their annual editions because it precedes Fashion Week. To us, it comes as no surprise that someone as highly acclaimed, as Adele has been chosen to cover the issue. 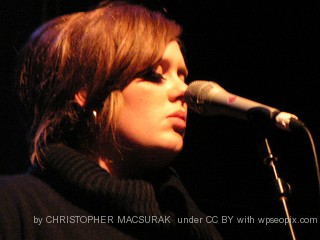 Barbara Tfank, is one of the singer’s go-to designers, during New York Fashion Week she is quoted as saying:

“I work with Adele on a regular basis,”

“She has things in mind that she wears all the time, but I never know when she’s going to wear them. It’s a pleasant surprise when it happens.”

But, what can you do, if you don't have long enough eyelashes to make the same effect with mascara? You can use Adele eyelashes, products online which recreate her look. 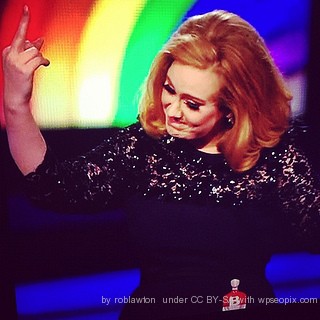 Do you seek lovely Adele Eyelashes (False or Fake)?

This helps stimulate natural growth, while conditioning and protecting your eyelashes. One reason to know how to make your eyelashes grow longer is that they provide vital protection to your eyes. Without your lashes, your eyes wouldn’t be able to resist a lot of irritants.

There are several reasons why serum is used in” how to make lashes grow longer” techniques. One of the top ingredients used includes polypeptides, which have been used in dermatology products for many years. If you’ve been looking for a great how-to make eyelashes grow-longer product, this may be your best option. You’ll find that the volume of your lashes is increased greatly.

Another reason why serum is desired as a how-to make eyelashes grow longer product is that the lashes are thickened. This helps contribute to the overall Adele eyelashes look that you’re seeking.

An eyelash curler will be an essential piece of kit for anyone creating their own Adele eyelash style. A heated eyelash curler may not be as effective as a conventional clamp. The need to use eyelid glue. This special glue that sticks the eyelids together to create an appearance of a crease, is a highly common practice and an added step to the lash application process, especially among the Asian beauties who regularly use falsies.

The best magnetic eyelashes give you long, full eyelashes in a flash. They're a real game-changer for anyone who lusts for voluminous, fluttery, next-level lashes. They're cheaper than extensions, not nearly as messy or complicated as glue-on lashes, and can give a more dramatic effect than mascara.

Some natural lashes look robust thanks to many, many coats of mascara. And some people use the lash-growing serum Latisse. In general, however, Ray does not recommend that clients wear false eyelashes to, say, a parent-teacher conference or the grocery store.

Magnetic false eyelashes-ultra thin 3d fiber reusable best fake lashes extension for a natural look. I like the lashes thinner and not so luxurious since I’m going for a fuller but natural look for daytime.

100% natural false eyelashes on an invisible band– our team has been hard at work to bring you this wispy-style (Adele eyelashes) false lashes on an invisible band that is perfect for almond, round, and deep-set eye shapes. Be eye beautiful – our ‘adele’ natural false eyelashes set alternates groups of short (inner 9-10mm j curl, middle 9-13mm b curl, outer 12mm b curl) and long lashes for a bright, spiky look that is sure to be a hit on any stage, a week of work at the office, or for that special wedding event.

The magnetic fake lashes were surprisingly easy to snap on after a bit of trial and error.

The magnetic lashes were surprisingly easy to snap on after a bit of trial and error. At first, I completely bungled the application and looked like a hot mess with droopy lashes.

For a comparison of eyelash enhancing and eyelash serum products look no further than Amazon and other top online sellers:

The owner of this website, is a participant in the Amazon LLC Associate Program, an affiliate advertising program designed to provide a means for sites to earn advertising fees by advertising related products from Amazon properties, including but not limited to amazon.com, endless.com, myhabits.com, smallparts.com, and amazonwireless.com
Loading Comments...
1 Shares
Tweet
Share
Pin1
Share
Share